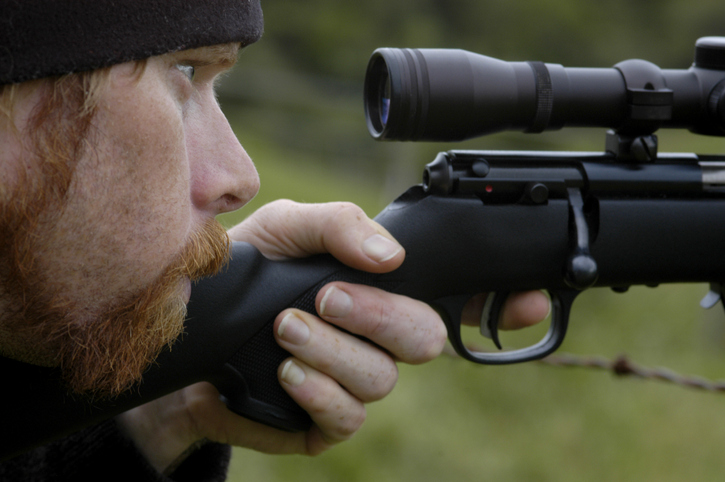 Most classic Hollywood action films have featured a manual operation rifle to get that closeup shot of an ejecting cartridge if a sniper is involved. This fancy action would for sure have caught the attention of the young gun enthusiasts in all of us.

What is a bolt action rifle?

A Bolt action rifle is a manual firearm action that is operated by manipulating the bolt with a bolt handle. For the right-handed shooters, it comes as an advantage as the bolt will be placed on the right-hand side of the weapon, considering a myth that most users are right-handed.

Bolt action rifles were first inducted as infantry weapons for military use by the 1820s. These rifles have shown its might in the warzone which the marksmen took to civilian use when they came back home.

Modern day bolt action rifles have come a long way from its predecessors and they still remain the favorite of many.

Working of a bolt action rifle

As we know, the weapon’s bolt is manually operated by hand to open and close the barrel with the small handle attached. When the bolt is first unlocked, the breech opens for the used cartridge case to be evicted out. Once the used cartridge is ejected, the firing pin will be cocked. As and when the gap for the fresh cartridge is open, a new round has to be manually pushed into the barrel. Following which the bolt is closed and the weapon will be ready for a shot. This mechanism is used in some shotguns and handguns as well.

The biggest advantage every marksman counts on these rifles is its reliability. The bolt is turned and pushed by hand to eject the used cartridge and it is pushed back to insert a new round in place. While this manual process reduces the fire rate by a great margin, it ensures that the rifle will continue to fire even in the harshest conditions.

For instance, if you were to use an AR you can’t expect it to still fire when there’s dirt inside the bolt carrier group. With bolt action rifles, dirt or even a dent in a cartridge won’t be a major issue and it will still keep firing.

The manual operation adds that dependability factor to the bolt action rifles considering the issues the gas operated ones have. There won’t be any feeding problems as well when compared to the semi-automatic rifles.

Another big leap this design has on offer is its ease of use. No expertise in firearms or any mechanical knowledge is necessary to use this rifle. In short, you don’t have to be a pro in weaponry to handle a bolt action rifle. The lack of any moving parts while the rifle is in action also makes it lighter. Also, smaller magazines in these rifles cut a lot of weight as well.

For those who don’t use a firearm so often, it is always good to use a lightweight one, as it would not put you out of position or balance while moving around carrying the weight.

Similarly, maintaining a bolt action rifle is far easier than maintaining an automatic weapon. Because these rifles don’t have complicated working parts, users can resort to DIY maintenance. Thus, bolt action rifles are a safe option for those who are considering a simple rifle with great dependability factor.

If you were to ask any experienced hunter, they’d always vouch for a bolt action rifle over a semi-automatic or automatic weapon. The basic design of the bolt action rifles avoids any unnecessary superfluous movements that might affect the trajectory of the bullet. Also, the one-piece stock can support the barrel better than a two-piece stock, which has added to its popularity.

While the better accuracy of these rifles is subjective, there won’t be any question on the versatility it has to offer. They are offered in almost all rifle calibers in production today which means it won’t limit the type of ammunition you choose.

This applies to the choice of scope as well. Being compatible with both longer range and short-range scopes, most modern scope manufacturers have products that suit the bolt action shots. You can free float the barrel if needed as well.

Purchasing a weapon of your choice can be difficult sometimes, as the hindrances such as price tags, availability and legality issues can be tiresome. But in the case of bolt action rifles, these are easy to source, affordable and are available at every local gun shop. All that you need to make sure is the trustworthiness of the supplier.

Bolt action rifles, unlike semi auto guns, don't throw the discharged shells to foot away. The shells are literally at a hand away and you can collect them after the shot if you want to. They are comparatively quieter and hence can be silenced much more effectively. Due to the simple design structure, they won’t be easily noticed while in action as well.

Overall, bolt action rifles appeal to a lot of hunters these days because of its simplicity and reliability. The users can easily source them online from the trusted online websites like otmtactical that have been in the market for years. Like the other thousands of satisfied customers, we recommend you to pay a visit to their online store here.