The Basics of Bullets and How to Choose the Best 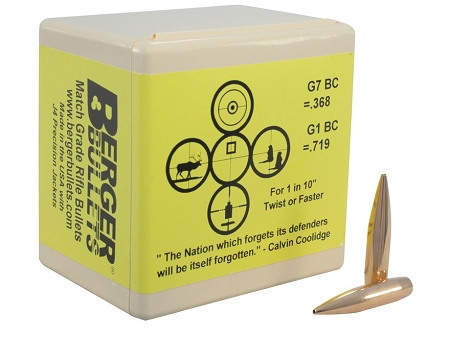 The Basics of Bullets and How to Choose the Best

Without ammunition, a firearm is nothing but a fancy club. But as gun enthusiasts are well aware, it's not just having ammunition that makes the difference, it's having the best ammunition for your needs as a shooter. Precision target shooting, hunting, competitions, whatever you're interested in— no matter what, the ammo you choose will make a difference in how well you and your rifle perform.

First, let's cover some basics. If you're a precision shooter, you probably already know all this. But if you're just starting out, or you're simply interested in gaining a better understanding of ammunition and its intricacies, this primer will help feed your firearms knowledge (both puns intended).

When most people say "bullet," they're actually referring to the entire cartridge, and even though this is common it's also incorrect. The bullet itself is the projectile that protrudes from the brass case, which is filled with propellant (like gunpowder). The base or back end of the case has a rim to aid with extraction of the empty case after firing. On the same end is the primer, which ignites the propellant when struck. These days, most ammunition is centerfire, which means the primer is in the center of the rim, but rimfire ammo still exists in which the primer is inside the whole rim. Unlike centerfire, rimfire cartridges can't be reloaded.

Choosing the right ammunition goes beyond simply picking out the right caliber for your rifle. Much like with any other product, the quality of your cartridges makes a huge difference. Higher-quality cartridges are more accurate, more consistent in weight and performance, and have cases that are easier to eject (and to hand-reload later, if you prefer).

Performance isn't the only issue. Safety and the longevity of your rifle are also largely dependent on the ammunition you choose. Trying to stick too closely to a cheap budget will cost you more in the long run, whether through damage to your firearm, accidents, or both. Consider the ammunition you buy to be an investment in the future of your shooting prowess and the lifetime of your firearm.

Where to Get the Best Rifle Cartridges

OTM Tactical is by far the best source of premium rifle ammunition. Our staff has serious interest in long-distance precision shooting and we've made it our goal to bring you only the best. We have ammunition suitable for hunting, competition, target shooting and more, available in several calibers and all guaranteed to be the best ammo you can buy.

If you want to talk to an expert, feel free to contact OTM Tactical anytime and we'll get you fully loaded with the best of the best.