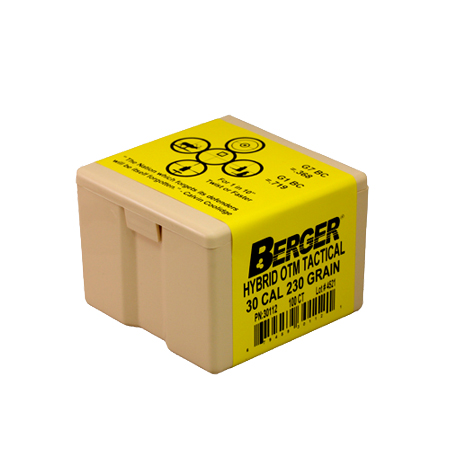 In the tactical game, the Berger Hybrid bullet design has taken the shooting world by storm. The hybrid design blends the secant and tangent nose shape into one. This makes the ease of tuning a bullet extremely easy. The hybrid will shoot great through a large range of jump to the lands. The 6mm 105 Hybrid, 6.5mm 140 Hybrid, and the new 6.5mm 130 AR are being used by more serious long range tactical shooters than any other bullets. The 6mm 105 Hybrid was used to win the Precision Rifle Series Finale in September 2015. The winner was David Preston and he was using a 6X47 Lapua.

The new 6.5mm 130 AR Hybrid is the new hot topic for the guys running 6.5mm rifles. This bullet is shooting in the .1s at 100 yards on average in one of my Robert Gradous built 6.5X47. The high ballistic coefficient of this bullet makes it great in the wind. The 130 AR Hybrid has already helped shooters have podium finishes in the Precision Rifle Series.