What and where can you hunt in the summer months? 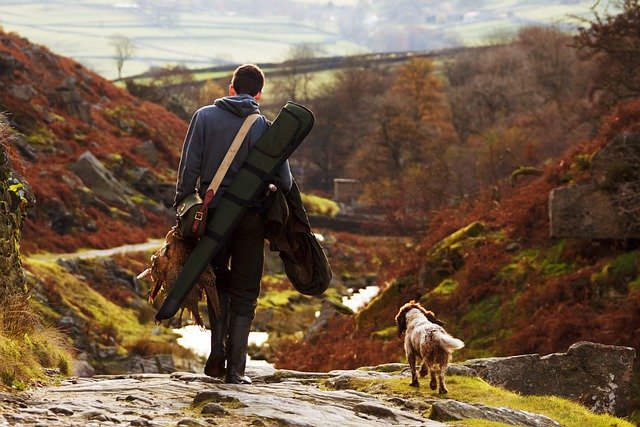 When you think of hunting, most people tend to imagine trekking through a snowy forest with a gun in hand and pursuing deer or elk. However, while there is a lot of big game action in the winter, there are many places for summer hunting.


The state of California is perfect for summer hunting, and the bonus is that you also get to enjoy a beach vacation while you are there. California is a great destination to hunt rabbits, deer, and pronghorn antelope.


The open hunting season starts in August, and hunters are allowed two deer tags per license in a year. Rabbit hunting also starts in July, while there is a short window for hunting pronghorn antelope - late August to September 1.


All hunters need to have a permit before heading off to hunt in California. You also need tags to hunt big game like wild pig, deer, pronghorn antelope, bears, and bighorn sheep. Anyone who wants to indulge in summer hunting in California can apply for the license draw each year from April 15 to June 2.


Minnesota is the perfect place for summer hunting for both big and small game. There are plenty of opportunities to hunt bears, elk, and deer in Minnesota.


The hunting season begins in August when the government starts issuing licenses to hunt black bears to control the population. Hunters are only allowed to hunt one bear per person. In the western and southern parts of Minnesota, there is no lottery for licenses.


You can also hunt deer in the state, for which a youth lottery takes place in August. Archery hunting begins in early September, while firearm hunting begins later in the fall.


Texas is probably the best location in the country for summer hunting. You can indulge in popular summer games like axis deer, alligators, and doves. Of course, alligators might not be the first game animal that you think of hunting, but when you are in Texas, alligators have the longest hunting season. Alligators can be hunted, with a permit, of course, in 22 counties in the state from September through all counties from April to the end of June.


You can also hunt doves from September, but it depends on which wildlife zone you are in. White-winged doves can be hunted from September.


If you want to hunt axis deer, Texas has a huge population of this game because hunting is open all year round and can be hunted in the Hill Country and southwest Texas. However, other species of deer can only be hunted from November.


When summer hunting in Texas, you can only hunt if you were born after September 2, 1971, and should have completed a Hunter's Education Training Course. Permits and licenses are required for any type of hunting activity in the Lone Star State.


Popular summer game in the state of Iowa includes squirrel, coyote, and cottontail rabbit. Fishing, trapping, and hunting are some of the most popular pastimes in this state, with over 700,000 acres of open public land for hunters.


Many of the animals in Iowa can only be hunted during the fall and winter seasons. However, hunting for smaller game like rabbit and squirrel starts in late August and continues to February. Groundhogs and coyotes can be hunted all year round.


Small and big game, turkey, birds, and furbearers are all easily available for hunting in Kansas during certain times of the year. With over 300,000 acres of public land that is open to hunting, summer game favorites in Kansas include rabbits, snipe, and bullfrogs.


If you want to hunt snipe, which is a wading bird that can be found in wet meadows and marshes in Kansas, the hunting season for this bird starts in September and ends in mid-December. The daily position limit for snipe is 24, and the daily bag limit is eight.


For all those who want to enjoy summer hunting in the states mentioned above, you need to have the right hunting gear and ammunition.


OTM Tactical is one of the leading sellers of all types of hunting gear and equipment you need for summer hunting. From ammo to barrels, bags, bases, bipods, and even bullets, you can find everything on OTM Tactical. When you shop from OTM Tactical, you get expert equipment to transform you into the best marksman this summer.


So head over to

for all your hunting needs.