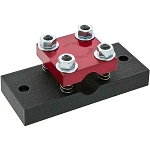 We have discussed Timney Triggers in a previous blog post — in fact, we have discussed them twice. However, we mostly focused on describing the manufacturer itself and gave details on their signature drop-in trigger designs.

Now, we wish to go over a few different types of Timney Triggers and their features that you can get at OTM Tactical. That way, anyone interested in Timney Trigger products will know how to make the best choices. Here is some information on how you can actually incorporate these triggers to your firearms, as well as some of the different rifle characteristics you'll experience after installing on of these.

Timney Triggers may seem to specialize in one part, but they actually manufacture a wide variety of products. Here is a list of some of their best items, and details on each one. 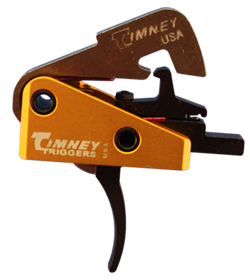 AR10 Competition Timney Trigger, weighing in at four pounds, uses a heavier hammer than the ones that typically come with the AR-10. This gives even more power to an already powerful shooting machine. 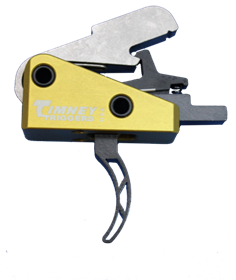 The AR-15 is perhaps the most popular sporting rifle in the United States. They are also highly customizable, so you can replace their standard trigger with this three-pound upgrade. 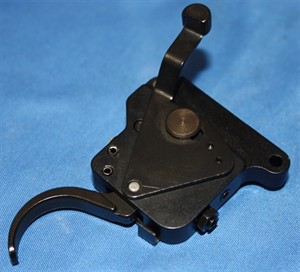 The Timney Remington 700 Replacement THIN Trigger is designed for the highly popular bolt-action model that serves as its namesake. The safety on the trigger is designed in such a way that it does not interfere with your aim. 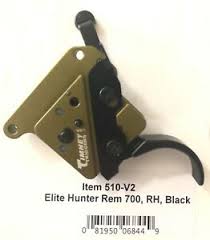 Similar to the previous entry, the Timney 510 Trigger model is also meant to be used for rifles with the Remington 700 model. It boasts a “right-hand safety” and can be adjusted for its weight (ranging from one-and-a-half to four pounds, with a factory preset of three). 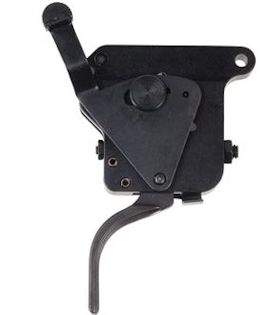 Yet another Remington model, the Timney Remington Straight Trigger Model #517 is highly flexible. Users can reduce creep, increase or decrease the pull weight, and limit overtravel. 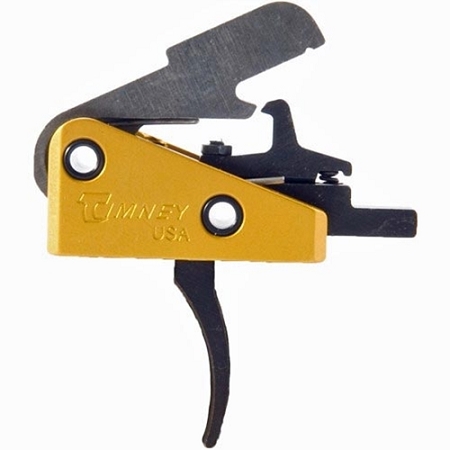 With this special one-stage trigger for AR-15, you do not need to replace the trigger pins or the hammer. You do not even have to worry about walkout or pin rotation. This elegant design takes care of all that. 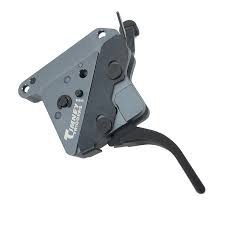 Timney’s The Hit Straight Trigger, also known as “The Hit,” is perfect for M700 platform rifles. Its design is optimized to help professional and casual shooters alike hit their targets over long distances. 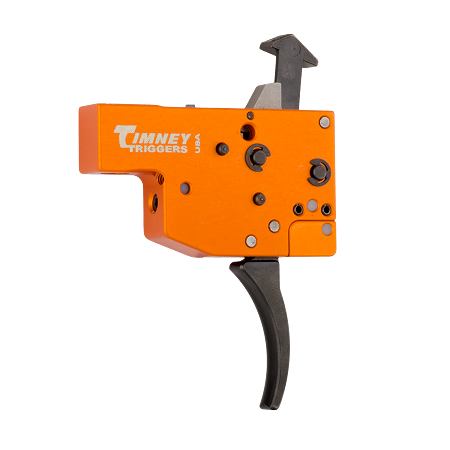 Many different models of the much-lauded Tikka T3 rifle can be improved even further with the addition of Timney’s exclusive product. It is highly adjustable and has a much lighter pull weight than most other items on this list. 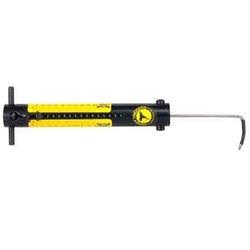 Your rifle’s trigger pull weight can make the difference between a hit and a miss. If you want to know how much you have and how much you need, the Timney Trigger Pull Weight Gauge can help. It measures weight in both pounds and kilograms.

How to Install Timney Triggers

The products from Timney Triggers are designed for easier installation than products from other manufacturers. You do not need to drill any holes or call a gunsmith. You just need a couple of tools and a basic understanding of how the different parts of the trigger mechanism connect. For safety’s sake, you should also make sure that the gun is unloaded, then keep the barrel pointed away at all times as if it were loaded.

For a Remington 700, you must first push the bolt stop release up until the bolt comes off from the action. Once you detach the stock, you can take out the original trigger by pushing the mounting pins up (but not completely out) with a punch.

At that point, you can insert the new trigger. During installment, take care that the mounting pin slides into the notch on the top sear. After that, you pretty much do the previous steps in backward order.

Timney Triggers designed for AR-15 rifles require a few more steps, but they are not complicated either. While placing the rifle topdown on a flat surface, you shove out the takedown pins on the side, loosening the lower receiver. Take that off, then take off the grip by taking a screwdriver to the grip screw. Keep all these parts, plus the springs and the detent, on the side for later.

After removing the safety, you can lower the hammer and remove it by taking out the front pin with an Allen wrench. That is when you can finally drop the trigger into the lower assembly. Install the trigger pins, tighten the bottom screws, push the set screws by the springs, and then place the detent inside the receiver and the spring inside the grip. Finally, you just tighten the grip screws and reattach everything to the rest of the rifle.

How to Adjust Timney Triggers

If you are unsatisfied with the pull on the trigger, you could always adjust it to your liking. Three screws on the trigger can be turned as part of the process: the engagement screw, the poundage screw, and the overtravel screw.

The engagement screw adjusts sear engagement. You can turn it clockwise to release the sear, then turn it the other way as little as possible while still enough that the safety works. The poundage screw can be rotated counterclockwise to lower the pull weight. Most models have a default pull weight of three pounds, which can be lowered to one-and-a-half or raised to four.

Lastly, the overtravel screw controls how far back the trigger can be pulled after the hammer fall. You will want to decrease that distance for faster reset time. Turn the screw as far clockwise as you can, then hold down the trigger. Then, turn the screw counterclockwise, slowly as you can, until the gun fires. Naturally, whether you turn this or any other screw, you should keep the gun unloaded and pointed where it cannot cause any harm.

We write about Timney Triggers so often because a rifle is nothing without a good trigger, and this manufacturer consistently produces great ones. OTM Tactical is proud to carry all the aforementioned models and more in our massive online inventory. Order today so you can try them out for yourself. 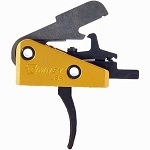 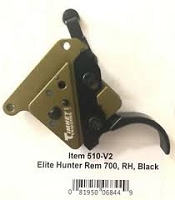 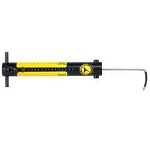 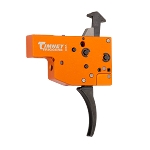