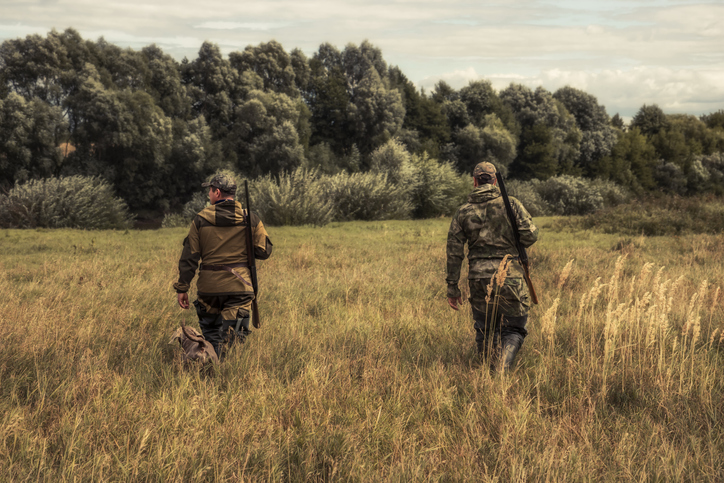 Though the American wildlife agencies are taking measures to dissuade people from hunting and finding new ways to fund animal conservation, hunting remains a popular sport in America. Unlike the other parts of the world, hunting isn't just a recreational sport for many Americans. Instead, it is more like a way of life. As per the latest survey of 2020, it was estimated that there were about 15.2 million hunting license owners in the United States.

Hunting being a recreational sport that tests your problem-solving skills, observation power, and concentration, is indeed popular among Americans. Which explains why Americans are always on the hunt for new hunting locations with different terrains posing different challenges.

In this article, we have shortlisted a list of 10 popular hunting locations in North America where you can test your skills!

If you were to take the list of the top hunting locations in the world, we bet Alaska would be there. Know for its extreme winters and rugged terrain, hunting season in Alaska starts in August & ends by October. Apart from offering a challenging terrain, Alaska also offers hunters a chance to up their game by hunting big animals including but not limited to Bison, Bears, Grizzly Bears, Caribou, Dall Sheep, Elks, Moose when compared to the other states.

That being said, if you plan on going hunting in Alaska, you must plan your hunt carefully because Alaska's large game animals migrate long distances between their seasonal ranges. Also, another thing to note is that If you're not a resident of Alaska, you'll additionally need an out-of-state license.

While hunting is legal 24*7 in the state, the season starts in August and runs to November. If you were to choose this schedule and you are lucky enough, you can also find upland birds and waterfowl to up your game a bit.

Though Colorado doesn't have a lot of diversity to offer, it is the home to some of the biggest elk herds in the country. The state is mountainous and rugged, with an average elevation of 3,200 feet above sea level with the eastern high plains made of prairies, woods, buttes, and canyons, and the western side made of the Rocky Mountains.

Idaho is another popular and preferred hunting destination in the US. It is interesting to note that native Idahoans are generally fond of hunting, making the percentage of hunters in Idaho greater than the national average.

Deer, Elks, Pronghorns, Black Bear, and wolves are some of the commonly spotted animals in Idaho. Apart from these mammals, Idaho is also home to many bird species like the Californian quail, chukar, grey partridge, five varieties of grouse, pheasants, and turkeys.

If you love wide-open expanses and large herds of big game, Wyoming is the place to go. Known for its large, high plateau with isolated mountain ranges and flowing grasslands, Wyoming can offer you some of the most difficult terrains where you can put your weapon and skill to the test.

Hunting is legal round the year in Wyoming and no license is required. But that being said hunters are obliged to abide by the other laws of the state like the prohibition of shooting from roads, fulfilling hunter safety requirements, hunting using artificial light, and more.

Unlike other US states, 95% of the lands in Texas are privately owned but there are still acres of public land that are open for hunting in the state. Another interesting thing to note about Texas is that most of the hunting scenes in Texas happen on landowners' ranches in high-fenced areas. If you haven't tried it, we highly recommend you do it. Though it might take some getting used to, you'd love it once you get a hang of it.

Georgia is known for its combination of private land and Wildlife Management Areas. Known for its 1.2 million white-tailed deer population, Georgia is indeed a hunter's paradise. Apart from white-tailed deer, there are also black bears, wild turkeys, alligators, feral hogs, small game, doves, and waterfowl to be found throughout the state.

Now that we've discussed the top hunting locations in North America, let's have a look at some other aspects you should consider before you go hunting.

Before you begin another hunting season, it is important to check the condition of your rifle. Especially the condition of the trigger, scope, and scope base and replace them if they seem unfit or obsolete.

Triggers: If you are looking forward to improving the accuracy and firing speed of your rifle, we recommend you upgrade your rifle trigger. Visit our online store for the best quality triggers available in the market.

Scope base: Upgrade your scope base and rings for improving the overall accuracy of your rifle. Feel free to visit our store for products of the highest quality at the most reasonable price in the market.

Rifle barrel: If there are imperfections in your barrel or they are damaged, you must change the rifle barrel. Visit our online store to shop from your favorite brands like Impact, Proof Research, Ruger Precision, and more.