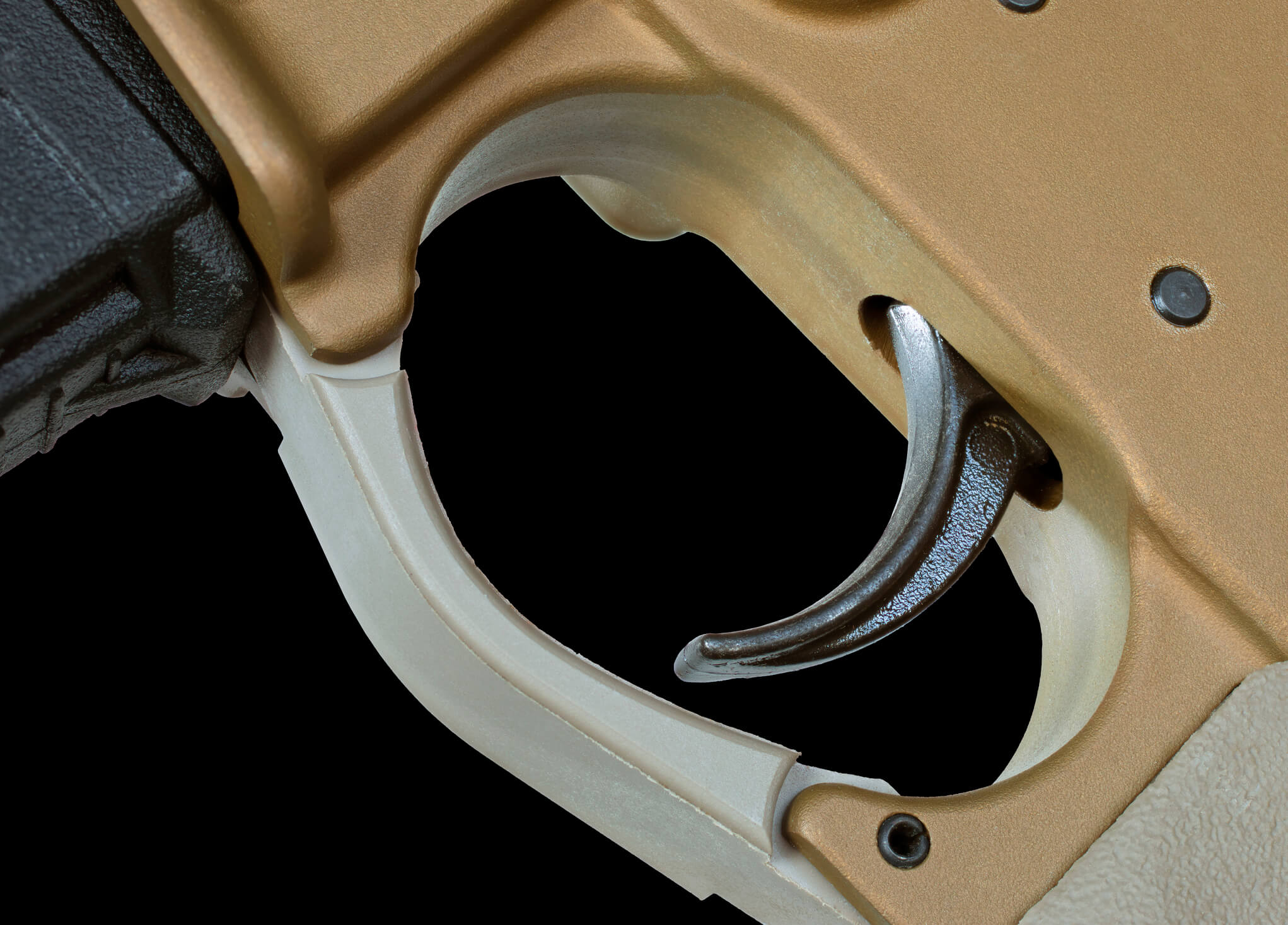 What is the most important part of a rifle? The question is entirely subjective, and different people will give you different answers. Some believe that the chassis and stock system are essential to making the whole thing work. Others may point to the muzzle brake, and others still will contend that a suboptimal barrel can wreck a shooter’s performance.

It could be argued, however, that the trigger is the most valuable part. Everything else could be shined up to perfection, but without the mechanism to release the bullet, every other part is worthless. Many factors go into making a trigger effective, and whole companies are dedicated to refining their design for the best possible performance.

We have written about one such company, TriggerTech, and their advanced shooting technology in the past. Now, we will provide more information on this exceptional manufacturer and their unique approach to perhaps the rifle’s most important part.

TriggerTech is a relative newcomer in the world of rifle parts manufacturing. The LinkedIn page of Mats Lipowski, which lists his title as “CTO and Co-Founder,” indicates that the company began operations in August 2014. However, the official Facebook page for TriggerTech was created more than a full year earlier, on June 26, 2013. Either way, the Ontario-based business has boomed within those few years, with their products quickly becoming favorites among professional shooters.

You do not need to take our word for that. Just ask the fine folks at Precision Rifle Blog, who meticulously survey top-tier competitors and champions on which parts they use and which manufacturers they favor. In their 2019 poll on “what the pros use” for their triggers, just under half of all surveyed shooters stated that they rely on TriggerTech products. Utilizing the same technology for your own target practice and competitive play could get you closer to their level.

What makes TriggerTech’s products so good? Their signature work is the “frictionless release technology,” which gives their triggers an incredible quality: zero creep. For any novices among our readers unfamiliar with this technical term, “creep” refers to how much you can pull back the trigger before the gun fires away.

According to the National Sports Shooting Association, average triggers have a pull weight of five-and-a-half pounds, while competitive triggers often reach two pounds. In these cases, the trigger needs to be pulled back quite a bit before sear engagement happens. Normally, safety needs prevent anything lower.

However, TriggerTech engineers circumvented this issue with a new “rolling design.” The more standard sliding friction design forces users to wait until the trigger scrapes against the sear until it slides off. This manufacturer’s scientists added an extra part between the trigger and sear: a rolling pin.

The change in the process allows for a much quicker reaction with much less work. When adjusted to one pound, creep for the Diamond trigger is just over 0.002 inches, “literally the width of a human hair and virtually imperceptible.”

Competitive shooters have been chasing the ideal of zero creep — a simpler and perhaps buzzier way of saying “next-to-no creep” — for decades. TriggerTech made it possible.

As you might have guessed from the name, TriggerTech is all about triggers. They produce these mechanisms for a wide range of weapons that goes beyond rifles. You can get items from the company for gas guns and crossbows, the latter of which makes up their logo as one of the earliest triggered weapons.

Of course, for our purposes and your interests, we will focus on their triggers for AR rifles and Remington 700s. Here are some of their more popular products, as well as the technologies they developed and the solutions they engineered for prevalent problems.

Currently, the crown jewel of TriggerTech’s tools is the Diamond line — possibly named as a punning jab at a popular competitor, Jewell. The company debuted the design at SHOT Show 2018, and Precision Rifle Blog reported on it well before their annual survey. They called it “the biggest standout product” of the convention and stated that attendees went wild. By the end of the season, many competitive shooters would choose to trade out their triggers for the hottest new device in the field.

In addition to the Frictionless Release Technology, these products include the company’s Variable Rate Adjustment Technology. Other features include a Pro Curved trigger lever, new from TriggerTech, and a pull weight range between four and 32 ounces.

The Remington 700 Primary — along with its upgraded version, the Special — both come with Frictionless Release Technology as well. When it comes to pull weight, the former can be adjusted by the ounce between 1.5 and four pounds, while the latter can be similarly shifted one and 3.5 pounds. Whichever you use, both provide zero creep and all the benefits that come with that.

Shooters with Remington-type rifles are not the only ones who can enjoy the benefits of Frictionless Release Technology. The Competitive AR Primary trigger cannot be adjusted out of its 3.5-pound pull weight, but it still provides zero creep and two-stage action. You can also use it in difficult conditions without impairment or damage.

Not all rifle parts manufacturers need to be specialists in order to be good. With that said, when a team of engineers and professionals set their minds on improving one aspect of a machine as complex as a precision rifle, they can produce something incredible. TriggerTech’s products are not taking off simply because of good publicity. They are popular because the company listened to hunters and sports shooters, and they designed and refined their technology with these people in mind.

OTM Tactical was founded by competitive shooters, which means we also know exactly what competitive shooters want out of their rifles. We only offer products that we would use. We would only use the best. TriggerTech fits the bill perfectly, and our selection from the manufacturer includes all the products mentioned in this article. Visit our store and place an order, so you too can know the beauty of TriggerTech.