What is the LabRadar doppler Chronograph 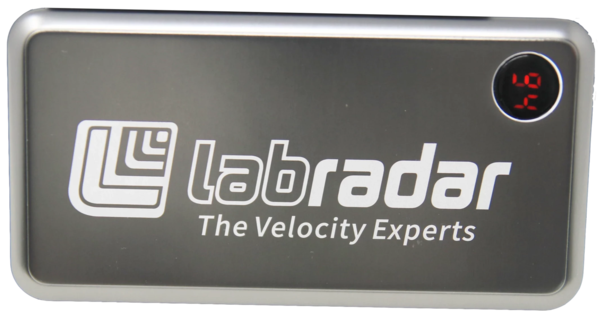 Orange is the new black. The age of regular chronographs is over. This Doppler radar solution seeks to unseat its predecessors by measuring projectile velocities of all kinds of firearms in any light condition whatsoever. Be it in the middle of the night or even in a cave, LabRadar’s velocity measurement solution retains its accuracy and repeatability.

It is hands-down a revolution in the projectile velocity measuring space - It is a refreshing entry in an arena filled with competitors that are often a pain to set up and are unwieldy in low light.

Be it a rifle, a handgun, a BB gun, or even a crossbow or a regular bow, LabRadar’s new piece of tech works with them all. With three modes dedicated to rifles, handguns, and bows, the it can track velocities with the nature of the projectile in mind. Doppler chronographs used to remain a novelty, seen only in bullet-testing factories and ranges. But with dropping costs, these have found their way into consumers’ hands. In this article, we dive into what makes LabRadar’s Doppler Chronograph tick.

Why Is It Different

While its abilities set it apart from the pack, what really helps the LabRadar chronograph stand apart is how it captures data. While an ordinary optical chronograph gives you a single data point, doppler systems give you multiple data points. This gives you a better picture of the trajectory of your projectiles. Instead of determining the amount of time it takes for a bullet to go from a start point to an endpoint, this piece of tech uses an acoustic microphone to find the start time of a shot. It then calculates the velocity backward from waves reflected off the metal base of the bullet.

While standard forms of velocity measurement usually return a velocity value at the mid-point between the start and end sensors, the LabRadar chronograph uses firmware to predict the velocity of the projectile at multiple points. Needless to say, LabRadar’s solution found its share of skeptics. Many chose to stick to cheaper but imprecise measurements thanks to their doubt in this new technology. The price of $550 was a tough pill to swallow as well. Weapon enthusiasts still swear by barebones optical chronographs that are more affordable while being accurate enough.

But the LabRadar’s sophistication is unmatched, offering shooters the ability to compare metrics across a wide range of firearms with solid accuracy while being convenient to use and analyze data. Its features put several other chronographs to shame. It is certain to find a home amidst the hotly-contested chronograph market.

How Does It Work

This LabRadar chronograph consists of an installation process that is practically unheard of in this space. Place the doppler chronograph beside the shooter and point it at the target. That’s it and that’s all. While other solutions are a hassle to set up, LabRadar’s solution keeps things simple. This versatile machine gives you a wide array of statistics with respect to the projectile. Some of the metrics it tracks are:

The LabRadar chronograph can track velocities continuously for a maximum distance of 100 yards. Its velocity maximum of 4000 feet per second won’t be an issue for most gun enthusiasts, but there are weapons out there that can cross this limit. An SD card ensures that all these metrics are stored securely in Excel files that can be viewed on the built-in display or can be transferred to your personal computer. Its firmware improves with advancements in tech, meaning that your unit will receive updates over the period of its lifecycle.

A handy display lets you view information at a glance, but you could always tinker with the numbers on a computer if you wish. But be warned, the USB interface is woefully slow and takes ages to transmit data. You’d be better served with an SD-card reader that can extract data from the SD card of the chronograph directly.

Few machines are as straightforward as LabRadar’s solution when it comes to power delivery. Six AA batteries power this nimble unit and they provide more than enough juice for multiple tracking sessions. A micro USB port lets you jack up the battery with additional power packs or even a solar-recharged battery if you’ve got one.

LabRadar’s unique solution seeks to beat its competitors. And it delivers, offering excellent accuracy and the ability to switch between firearms without a hitch. It lets users customize a plethora of settings such as:

To measure projectile metrics, one needs to aim the unit at the direction of the target. The sight notch of LabRadar’s chronograph was simply not accurate enough for this purpose. Attaching a better sight onto the machine could fix this issue. While weather conditions tend to distort the unit, it faithfully reproduced data even under the cover of night.

Verdict On The LabRadar Chronograph

LabRadar’s doppler setup has a lot of things going for it. It’s a breeze to set up and stores an incredible number of data points, in stark contrast to the alternative chronographs. The LabRadar chronograph also has a solid battery life while letting you work with multiple firearms without reorienting the machine over and over again. It works in most weather conditions and is independent of light sources or lack thereof. While these reasons may be enough to sway you, it also has its fair share of downsides.

It’s a great deal more costly compared to competitors such as the MagnetoSpeed and Oehler’s Model 35P. But at the same time, LabRadar’s product beats out even costlier alternatives on accuracy and repeatable results, offering users a unique value proposition. If ease of use and results are what you’re looking for, this doppler-based LabRadar chronograph is in a league of its own.